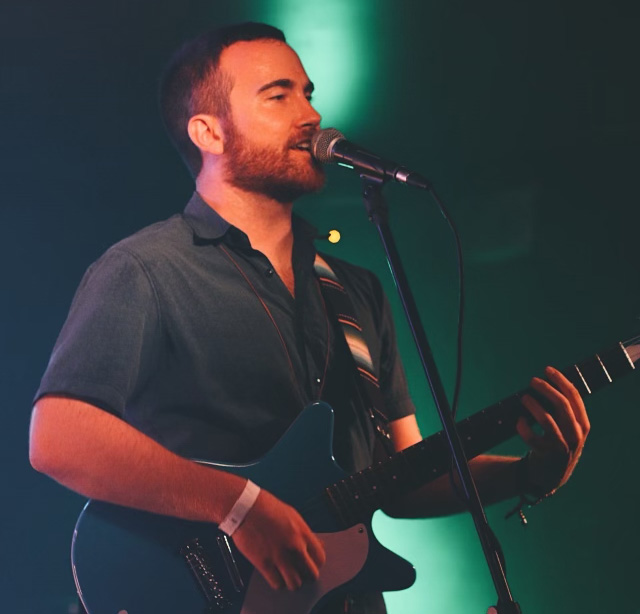 An evening of pop and rock with Troy Ritchie!

Troy Ritchie is a musician hailing from Southern California. With more than 17 years of experience playing guitar under his belt, he has performed and recorded with an assortment of acts. During his sophomore year of high school he began to cover songs – both singing and playing the guitar parts – of some of his musical influences, including Coldplay and Kings of Leon. At age 18, his rendition of “Ain’t Too Proud to Beg” by The Temptations earned him a cash prize and standing ovation at his high school’s talent show.

Ritchie soon tried his hand at songwriting, and realizing he had a knack for it, he formed his current band Sleep State. The group has developed a loyal, local following in the Southern California Area, playing venues such as The Satellite, The Wayfarer, and the House of Blues in Hollywood and Anaheim.

In 2014, Ritchie joined a crowd of more than 5,000 eager contestants to try out for NBC’s The Voice. His rendition of “Out Of My League” by Fitz and the Tantrums secured his spot on judge – and fellow Orange County native – Gwen Stefani’s team. Ritchie went on to sing “Maneater” by Hall and Oates and “Hey Ya” by Outkast for Team Gwen.

Ritchie has continued to hone his skills as a songwriter and producer, landing a handful of his songs on TV shows including Nashville, Bull, and Born This Way. He performs regularly at private, corporate, and restaurant events during the week, gaining fans with his soulful renditions of music spanning from the ‘60s to today. In 2021 Troy released two singles “Celebrate For Nothing” and “Every Time We Do This” and is currently working on an album.